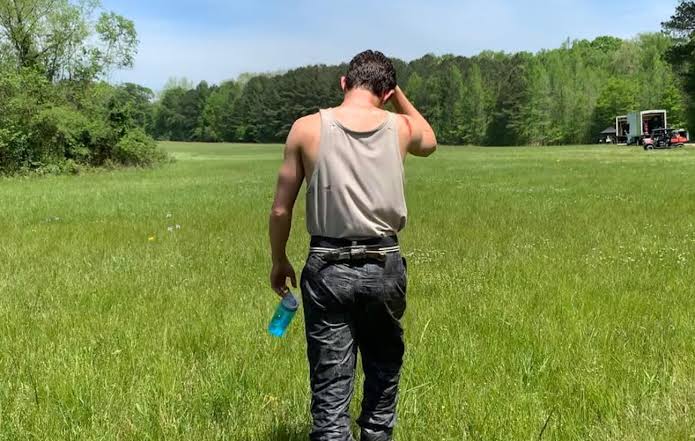 It has been a lot of time since Lionsgate declared the premiere date of the upcoming Tom Holland movie, ‘Chaos Walking.’ Earlier scheduled to release in Spring 2019, the movie was delayed, and now it is done with all the filming and the post-production work. The team of Chaos Walking has recently released a promotional poster for the upcoming movie. Here is an easy guide for you to know about the upcoming movie’s release date, cast, and everything you need to know.

Chaos Walking will be produced by Doug Davison, Erwin Stoff, Allison Shearmur, and Alison Winter, under the production house of Lionsgate Films, Quadrant Pictures, Bron Creative, and 3 Arts Entertainment. The screenplay has been done by Patrick Ness and Christopher Ford, with Doug Liman serving as the movie director.

Inspired from the 2008 novel titled ‘The Knife of Never Letting Go’ by Patrick Ness, ‘Chaos Walking’ is set to release next year on January 22, 2021, in the United States. The movie has been under talks for a decade now, with Lionsgate Entertainment acquiring the global distribution rights to the movie adaptation of ‘Chaos Walking’ trilogy in October 2011. The movie’s principal photography began on August 7, 2017, and was wrapped up by November 2017. The shot mostly took place in Montreal, Quebec, and the remaining in Scotland and Iceland. However, the movie had to go through some reshoots in April 2019, owing to the weak screenplay, and finally completed the filming in May, which resulted in an overall increase in the budget, landing it to 100 million US dollars.

As the lead protagonists of the movie, the movie casts Daisy Ridley in the character of Viola Eade, who is a woman with no ‘Noise,’ the key to disclosing many secrets for the New World, and Tom Holland playing the character of Todd Hewitt, who is a boy residing on a faraway planet, named, ‘New World.’ Mads Mikkelsen as David Prentiss portrayed as the inhuman Mayor of Prentisstown; Demián Bichir as Ben Moore and Kurt Sutter as Cillian Boydwho, who are the adoptive fathers of Todd; Nick Jonas as David aka Davy Prentiss Jr., Portrayed as one of the soldiers, as well as the Mayor’s son; Cynthia Erivo as Hildy, one of the major supporters of Todd and Viola, who is also the head of Farbranch; David Oyelowo as Aaron, who is a vicious priest in the New World, seeking after Viola and Todd; Óscar Jaenada as Wilf, portrayed as an unvalued and kept-out drifter who later helps Todd and Viola to fight against Mayor Prentiss and Marc Primeau as Whaler are also a part of the movie in prominent characters.

The upcoming American science fiction, ‘Chaos Walking’ is the first movie from the Chaos Walking trilogy, which centers on a unique world in the future, where Todd has grown up believing that all the women of a colony world have been killed by a pathogen, which unleashed ‘Noise.’ Noise is a special power to hear what is going inside the minds of humans and animals. Gradually, he encounters a patch of silence, the source of which is a mysterious woman bearing the name Viola Eade, who happens to be the first woman Todd has ever come across. As the story proceeds, the two of them learn about the underlying secrets of the New World.

The movie’s official trailer has not been released on any platform to date, although there are tons of fan-made clips talking about the movie. We can expect the movie makers to release a small teaser or trailer of the movie within a few weeks since the movie is not really far from its premiere in theatres.