Grand Army season 2: All you need to know! 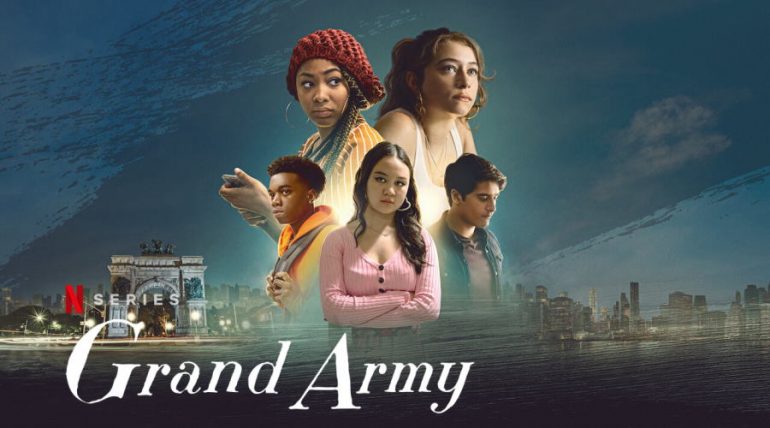 Grand Army is a brand-new Netflix television series that has been garnering love and appreciation from the moment it came out. It is an American teen drama series that aired premiered last month. The series has been created by Katie Cappiello, who has also executive produced the television series. Grand Army has been produced by Chris Hatcher under the Westward production company.

With the first season premiering recently, the television series has received quite an applaudable fanbase who are waiting for any update regarding season two. Here is everything you need to know about the second season of the Grand Army.

The television series has been created to extend the play by Katie Cappiello in the year 2013. The series was also based on the real-life happenings of her students.

In 2019, the extension of Katie’s plays was ordered for a ten-episode television series. The principal photography for the same began in May 2019 and went on till September 2019. The location for the shooting was limited to Toronto and New York City.

The teaser and first look images were released about a year later, in September 2020. A full official trailer was launched in October, a few days before the official release of the entire television series.

The series’ final premiering took place on 16th October 2020 with nine episodes instead of the ten episodes order.

The release date of the second season of Grand Army

We all know that the series is quite new, and Netflix takes some time to renew the series. It seems that it is going to take some time before the series is even renewed. This is said to keep the coronavirus pandemic in mind, which has significantly slowed down things.

Even if the series is renewed soon, you can expect everything to take a little more time than usual. Although no announcements have been made, the earliest we can expect the series to return is in the fall of next year. Any release dates before that period seem to be impossible. Even the release in 2021 has very slim chances. It can be expected that the series will return in 2022, given that it is renewed in the recent future.

The cast of Grand Army