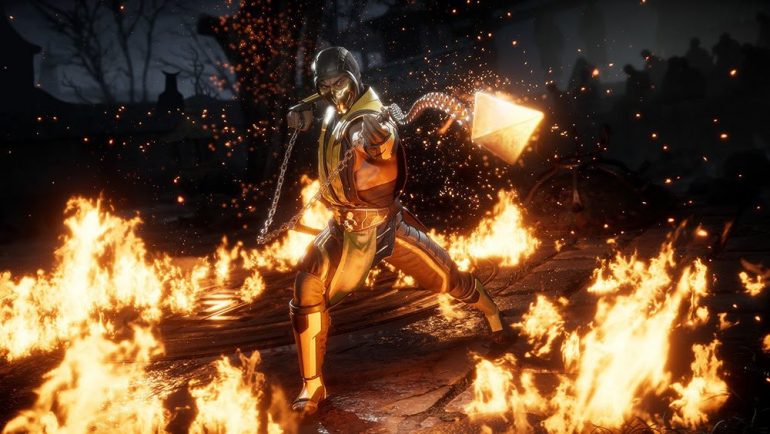 It seems like people who are anticipating the release of the movie adaptation of Mortal Kombat needs to wait for some more time to get any official updates on the movie. According to the sources, the upcoming American movie has been delayed for an indefinite time.

Created by John Tobias and Ed Boon, the movie will be produced by James Wan and Todd Garner, under the production house of New Line Cinema, Atomic Monster Productions, NetherRealm Studios, and Broken Road Productions. Warner Bros. Pictures will be serving as the distributor of the movie with Simon McQuoid, serving as the director, which will be his directorial debut.

Earlier, the movie was scheduled to release in January 2021; however, in a recent tweet, Todd Garner, the producer of the show, addressed the topic and revealed that the movie would not have a solid release date before the theatres open in the United States. Heartbreaking, isn’t it? However, we can take the news positively, judging from the fact that most of the movies that were postponed to a new date in 2020 got rescheduled again and again when the Coronavirus pandemic interrupted in the premiere. Many big-budget movies underperformed since most of the theatres were closed or available in a limited capacity. Therefore this decision is best for both the spectators, who won’t be getting frustrated at further delays, if any, and the production house, who will be earning the deserving profit from the film.

The movie stars Ludi Lin playing the character of Liu Kang; Joe Taslim, in the role of Bi-Han or Sub-Zero, Jessica McNamee as Sonya Blade, Tadanobu Asano as Raiden, Mehcad Brooks as Jackson aka Jax Briggs, Chin Han playing as Shang Tsung, Josh Lawson as Kano, Sisi Stringer as Mileena, Hiroyuki Sanada as Hanzo Hasashi or Scorpion, Elissa Cadwell as Nitara, and Max Huang as Kung Lao. Moreover, Lewis Tan and Matilda Kimber will also be a part of the cast, but their roles are not revealed yet.

The official storyline of the movie has not been revealed yet. The makers have mostly remained tight-lipped about it. However, if we go by the flick’s plot, we can expect the movie to feature a grand battling tournament involving the major characters, who will be fighting in order to save the world from some catastrophe. This is just a prediction since the basic storyline of the bulk of games inside the franchise is similar to this, and screenwriter Russo has confirmed that the movie will follow the game closely, with most of the fatalities put into from the games.

Inspired from a video game series bearing the same name, the upcoming movie ‘Mortal Kombat’ is a reboot version of the Mortal Kombat movie series, its third overall installment. The movie’s scripts were done by February 2019 and entered into the pre-production stage in May 2019. The filming began on September 16, 2019, in South Australia, and concluded on December 13, the same year.

Official channels will give everyone info as soon as they know!

The makers have not released any teaser or trailer of the movie until now, which is obvious, judging from the fact that the film is still devoid of a release date. We can expect the trailer to come out a few weeks before the release of the movie.