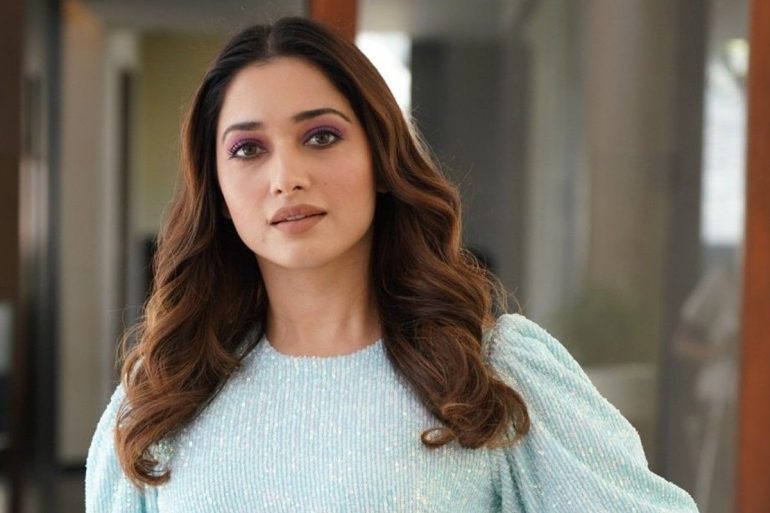 Today, we will talk about an upcoming TV show 11th Hour, and its release details. The show is a Telegu TV series and features Tamanna Bhatia in the lead role. The actress took to her Instagram account on 9th November 2020 to reveal the first look of the Telegu web show.

The South Indian actress expressed her thrill to feature in the upcoming Telegu web show directed by none other than Praveen Sattaru. In the poster, the actress is seen wearing a gorgeous red gown against a grassland backdrop during dusk or dawn. The sky is minimally lit and highlights the tall, glittering buildings situated far away from the actress. Here’s the post:

In this article, we are talking about the upcoming Telegu web series 11th Hour that features South Indian actress Tamanna Bhatia. The project expansion of the web series is quite big and is the second project to feature the actress with the first one being November Story which is a Tamil web series.

It’s not been many days since the actress got infected by the fatal coronavirus and became prey to the pandemic disease. Yet she expressed her excitement to sign up for the web show and on 9th November 2020 took to her official Instagram account to share the first look of the web show with her fans. Here are the reactions from her post:

The actress has also said that she is slowly recovering from her state and is building her stamina back to where it was.

Apart from featuring in blockbuster web series, the actress also has other future projects lined up. There are a few other TV shows, and web shows that she’s supposed to feature in. She will be in the upcoming Bollywood movie Bole Chudiyan which is in pre-production right now. She will also be featured in a forthcoming Telegu film named Seetimarr where she will be playing a lead role. The film is currently in production and is rumoured to have a star-studded cast.