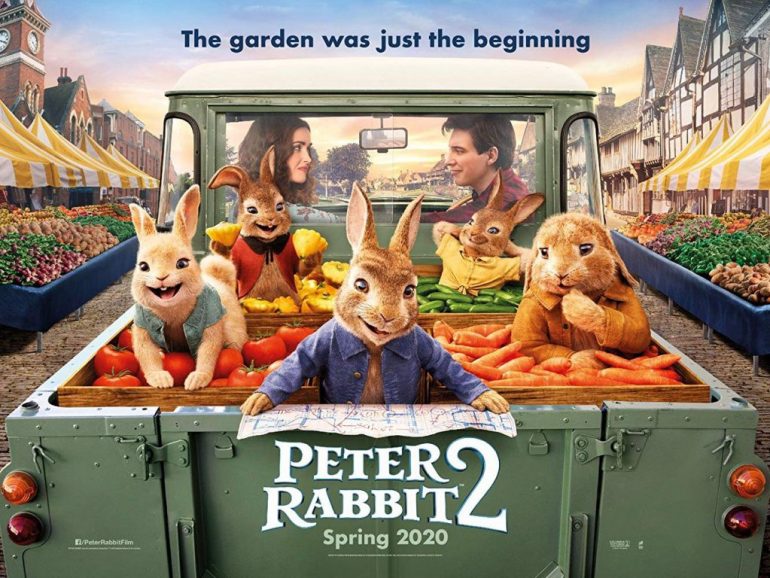 After facing multiple numbers of delays, Peter Rabbit 2: The Runaway has got a new release date again. As much as we are overwhelmed by the news, we must hope that the movie will not face any more problems.

The upcoming film has been directed, co-produced, and co-written by Will Gluck, Zareh Nalbandian, and Patrick Burleigh. The movie will be released under the banner of Columbia Pictures, rather than Sony Pictures Animation, along with MRC, Animal Logic, 2.0 Entertainment, and Olive Bridge Entertainment.

The original adaptation of the movie hit the theatres on February 9, 2018, in the US, and later in the same year, it was announced that it is going to have a sequel. The news of the first movie came out before an official announcement, because of email leaks, in April 2015, while the formal word of mouth came in December the same year with the first poster of the titular character and the logo of the film. The production began in December 2016, while the movie’s principal photography commenced in January 2017, in Sydney, Australia. The movie was produced on a 50 million US dollars budget and managed to earn more than 350 million US dollars worldwide, even though the massively successful ‘Black Panther overshadowed it.’ The movie has got mostly positive reviews from the critics, and the second movie is expected to do the same.

Inspired by Beatrix Potter’s book, ‘The Tale of Peter Rabbit,’ the American live-action plus animated comedy movie is about Peter and his three sisters, Flopsy, Mopsy and Cotton-Tail, and their cousin Benjamin, who enjoys teasing the old and unkind Mr. McGregor, by stealing the vegetables that belong to his garden. After he dies, they could not be more overwhelmed, as they roam across his house and garden for a day or so until one of McGregor’s relatives inherits the place and leaves no chance for the animals to enjoy themselves anymore.

The upcoming movie will continue the story after Bea, Thomas, and the rabbits have together formed a makeshift family. However, Peter is still stuck with his mischievous reputation, in spite of striving hard. As he advances out of the vegetable garden, he discovers himself in a place where his mischievous nature is appreciated. However, when he discovers that his family has come searching for him, risking everything, Peter must be aware of his true moto as to how he should lead his life.

In the upcoming movie, most of the artists from the original film are going to mark their return, including James Corden, Margot Robbie, Elizabeth Debicki, Colin Moody, and Sia. The character of Cottontail Rabbit, which was earlier voiced over by Daisy Ridley, will now be voiced over by Aimee Horne. Sam Neill will be back as Tommy Brock, who had previously given his voice to Mr. McGregor’s character. Domhnall Gleeson as Thomas McGregor, David Oyelowo as Nigel Basil-Jones, and Rose Byrne as Bea McGregor have featured in the live-action roles.