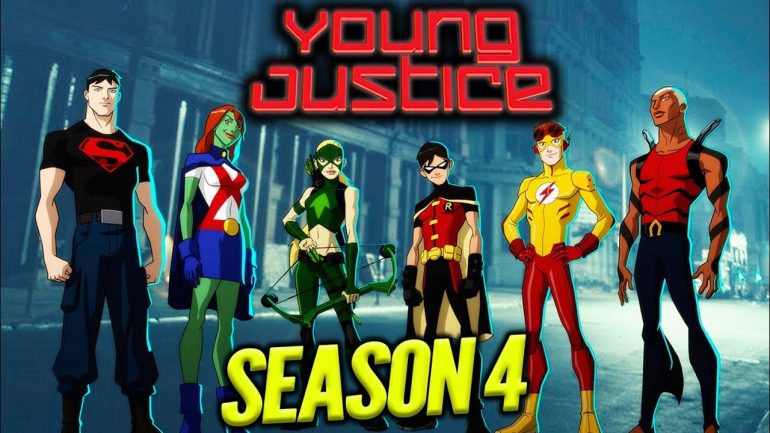 Young Justice is an adaptation of the entire DC universe and not just the direct adaptation of the same name’s comic book series. It is an American superhero animated series focusing on teenage and young adult superheroes. The teenage superheroes and their sidekicks are members of a secret operation. The team and their lives are a young counterpart to the main team and superheroes of The Justice League in the DC Universe.

With three seasons already released, Young Justice is all set to release its fourth season.

Young Justice marked its debut on 26th November 2010. After two seasons aired, the show was canceled. The official reason stated for the same was that Mattel pulled out the funding of the show.

In 2016, Greg Weisman said that the show could be revived again if the fans watch the show on Netflix, which also hinted that Netflix was considering renewing the series for a third season.

The team of Young Justice suggested that they did not know about Netflix’s take on the production of a third season, but they were very eager and happy to work on the third season of the young superhero television series. In March, a petition was signed by the show’s fans to bring back the series. It was said that the chances of reviving the show were very real, and fans should not stop trending the series as it is what will get the series revived. A lot of rumors went on here and there, but no news was confirmed.

It was until November 7, 2016, until the third season was just in terms of probability. On November 7, it was officially revealed that the show would return with the third season. On February 27, 2017, it was stated by Phil Bourassa, who is the character designer of Young Justice, that he had begun working on the third installment of the series—the third season aired on January 4, 2019.

When is Young Justice Season 4 coming out?

The series was renewed for a new fourth season on July 20, 2019. On September 18, 2020, it was announced that the series would be moved to HBO Max for the upcoming seasons. No official news has been announced for the release of season four yet, but fans expect it to be out with the HBO Max fall shows.

The title of season four was announced to be Young Justice: Phantoms.

What are all superheroes in Young Justice?

Robin, Aqualad, Kid Flash, Superboy, and the protegee of Green Arrow are the main members. Some other members are added each season, while some leave the main cast.