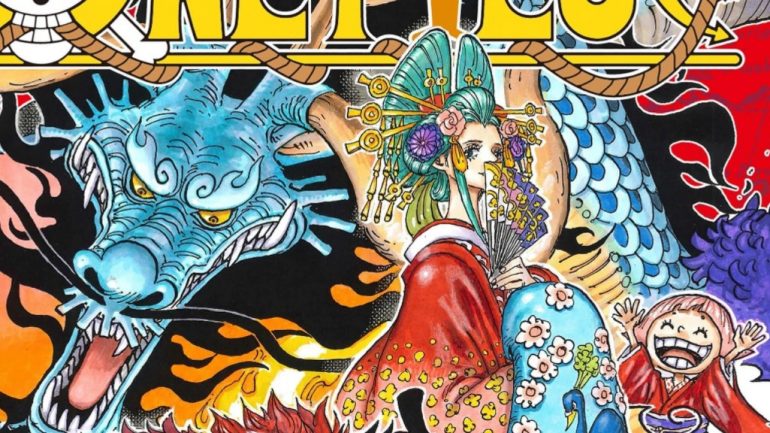 The full spoilers for One Piece 996 have been fully released and we will be taking a closer look at them later on. The spoilers managed to release earlier than usual this week which explains why we already have the full chapter spoilers at this stage. As a courtesy to non spoilers fans, let me warn that if you strictly follow the official releases then you should mind the spoilers as we are about to take a look at them shortly.

In the recent manga chapters we managed to get more developments as Marco clashed with Big Mom but she decided to go join the main fight at Onigashima. On the other hand Choppers seems to have found out something strange about the Koorioni virus, but it might be too late as he was already infected.

Meanwhile, Nami and Usopp are knocked out and and where just rescued by O’tama and Komachiyo. The manga spoilers will be taking us from there, so lets take a look at the updates this time.

One Piece chapter 996 will be officially released on 22 November 2020. The manga continues its weekly schedule and we will also find out if there will be a break on the upcoming chapters from the spoilers below.

The chapter is titled “The island of the strongest”

Black Beard appears on the cover brushing his teeth with a hippo.

Tama takes away Nami and Usopp riding on Komachiyo. She explains that she came here on “an enemy’s ship.” Nami appears to be fine and Usopp ins conscious but cant talk properly.

Hihimaru (the baboon) appears and blocks Page One who was chasing Komachiyo. Tama tells Hihimaru to help stop the enemy for only 3 minutes. Nami says that the baboon wont stand a chance against Page One and Ulti but tama replies that she shouldn’t look down on them as they all came to fight as samurai.

Cutiing to Yamato, she can’t fight properly because she has to block bullets from hitting Momonosuke. Shinobu asked Yamato something.

Shinobu: “If you are a samurai, then make a decision. Take Momonosuke-sama and leave me here!”

Yamato: “Kozuki Oden would never do such a thing.”

Sasaki sees that his Armored Troop has lost a lot of men, so he prepares to join in the fight himself. Sasaki grabs his sword but then Yamato starts to transform. Her teeth becomes sharp and there’s a growl coming from her mouth. Sasaki seems shocked to see it.

At that same moment, Franky Shogun runs into the scene followed by Haccha. Haccha hits the floor and it collapses. Yamato takes this chance and took Momonosuke and Shinobu and then jumped below.

Yamato tells Franky that she is leaving Sasaki to him, since Luffy ordered her to protect Momonosuke. But as she falls down in mid air, Yamato uses the attack “Narikabura”, sending a powerful shockwave from her Kanabao that knocks out Haccha in one attack. Then she talks with Momonosuke.

Yamato: “You have to live on. The one who will bring this world to its dawn… is you!!”

Cut to underground 2nd floor of Onigashima. Law cuts through Kaidou’s men and reaches a Poneglyph. It seems this one isn’t a red Poneglyph. Law thinks back to a conversation with Robin.

Law revealed that his real name is (Trafalgar D. Water Law) to Robin since he thinks she may know the meaning of “D”. However Robin said him that she doesn’t know it either, but she’s also interested in finding out. Robin told him the only way to know the meaning would be to obtain the red Poneglyphs, which means they need to take down the Yonkou.

Law stands in front of the Poneglyph, thinking about Corazon’s words (“D” are the God’s natural enemy) and murmurs to himself.

Law: “Cora-san, I really want to know the true meaning of this unfortunate fate…”

Cut to 3rd floor of Onigashima, Kid is running up to the roof with Killer. Kid assembles all metals he found in the castle, so now he has a massive pile of metal parts attached to his arm. Kid asks Killer if this is too much.

Killer: “We are up against the world’s strongest pirate. Too much preparation isn’t a bad thing!”

Cut to the top floor of Onigashima. Kaidou is beating the Red Scabbards with his Kanabo. They put up a fight but all of them are bloodied.

Cut back to the main stage of Onigashima. Big mom flies back into the room, everyone panics. But Big Mom says.

Big Mom: “Don’t worry. I only have business on the top floor, where Kaidou is.”

Chapter ends in the 2nd floor. Luffy’s group is about to reach the stairs to the 3rd floor. Sanji suddenly hears the sound of a woman coming from third floor, she is screaming and playing “yoi de wa nai ka” which means “That’s OK” or “No problem.”

Someone is pulling the woman kimono’s obi off, Sanji is shocked…

There will be no manga break next week and the schedule will be running as usual.

One Piece new chapters are usually released on Sunday every week. You will be able to read the latest chapters online on the VIZ Media and Manga Plus official websites. The manga is also available on mobile apps and you can only read three of the latest chapter.