She Season 2: Will there be a second season? 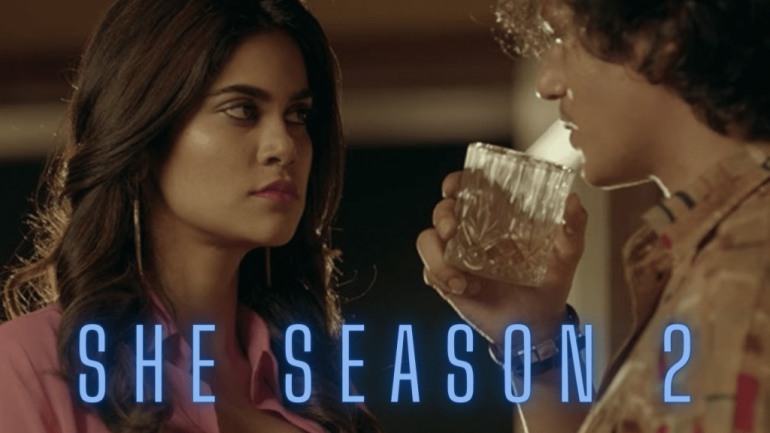 Fans have been looking forward to the second season of the female-centric Netflix original, ‘She,’ since the day it debuted earlier this year on the streaming platform. Created and co-written by Imtiaz Ali along with Divya Johry, the series has been directed by Arif Ali and Avinash Das, produced under the production house of Window Seat Films, Viacom18 Motion Pictures, Inferno Pictures, and Tipping Point Productions.

Although the second season of She is yet to be renewed by Netflix, we can expect the series to get a sequel if the show manages to reach the target number as set by the streamer. In that case, it is expected to come out in the latter half of 2021 since the production has not commenced yet. The first season came out on March 20, 2020, on Netflix, having a total of seven episodes, with all the seven episodes releasing on the same day.

You can watch all the episodes of the series on the above-mentioned platform if you own the subscription rights to it. The second season, if made, will premiere on Netflix too.

The Indian crime drama series revolves around the life of a simple Marathi girl called Bhumi belonging to a lower-middle-class family in Mumbai. She belongs to the Indian Police Force, serving as a constable and the sole breadwinner among her family members. When she becomes a part of the Anti-Narcotics Group in order to disclose a major drug lord, she is bound to act out of her comfort zone and get disguised in a seductive avatar for roaming around the by-lanes of the city. However, as she steps into Mumbai’s dangerous underbelly, she also continues to face her own problems at home, with her mother being ill, her father who has gone missing for the last 13 years, her sister being a rebel, and her husband with whom she does not live.

Aiming at proving herself worthy of being in the police department in India’s male-dominated society, the show amazingly depicts the idea that a woman is capable enough to transform herself in every possible way as the situation demands. We get to see Bhumi fit into every character she plays, as she begins to trust her own impulses instead of waiting for her superiors to give away the orders. In the upcoming season, we can expect Bhumi to evolve into a more independent and strong-willed woman who can take up more challenging tasks.

Since the show did not start with the filming to date, there is no question of an official trailer or any promotional poster to have been released. If the show gets a sequel, we will be the first to bring the news to you. For that, you need to stay tuned with us for further updates.