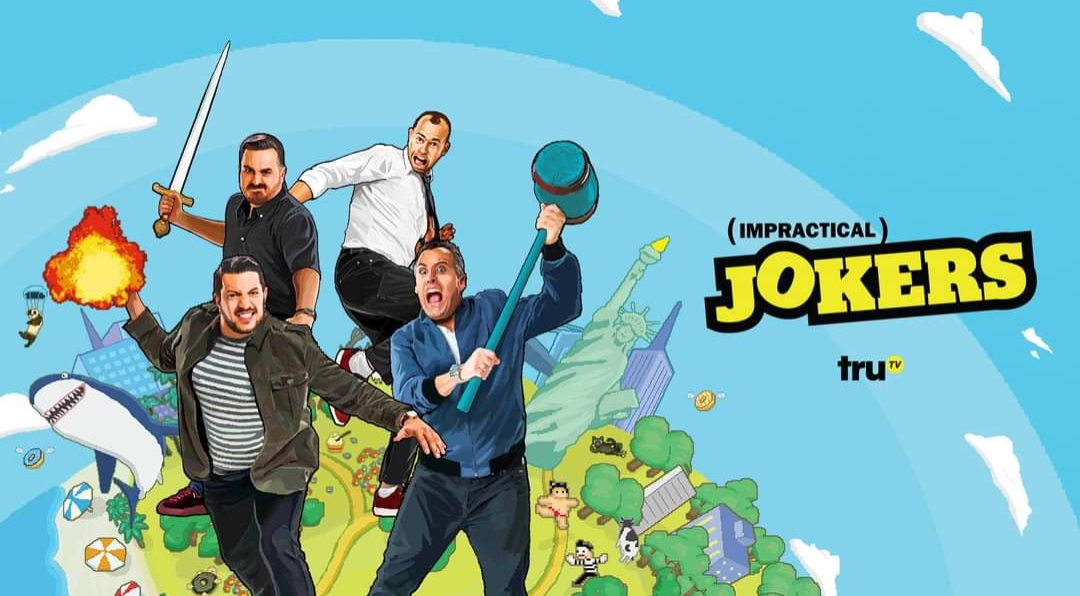 The ninth installment of Impractical Jokers is all set to premiere on February 14, 2021, on truTV, at 10:00 pm. Earlier, it was expected to air from Summer 2020, judging by the fact that the show arrives around three months after the wrapping up of the preceding season; but has been postponed due to the ill-effects of the Coronavirus pandemic. The season was renewed on July 19, 2020, while the third season was still on-air, at the fan event of the 4th annual Impractical Jokers during a special live-streamed Question & Answer session in San Diego. The last season, which was 26 episodes, premiered on March 28, 2019, and concluded on March 5, 2020.

The series first premiered on December 15, 2011, and wrapped up on May 3, 2012, after airing 16 episodes. It has been following the unspoken rule of creating a season with 26 episodes since 2015 now. Therefore, the upcoming season is also expected to follow it. You can watch the past seasons on Sling TV, Netflix, Viu, Itunes Store, GooglePlay, and Microsoft Store. You can also stream the show on YouTube, where it is available for free.

The show stars the four members of the 1999’s sketch comedy troupe titled, ‘The Tenderloins’ that includes Joseph or Joe Gatto, Brian or Q Quinn, James or Murr Murray, and Salvatore or Sal Vulcano. Initially, they were high school friends who took up comedy and witnessed massive success after winning the NBC show titled ‘It’s Your Show’ and earned a cash price of 100,000 US dollars. Later, they decided to create a show, which they originally named ‘Mission: Uncomfortable’ but was ultimately named as ‘Impractical Jokers,’ and now they serve as the main jokers on the series. It is for sure that they will reprise their roles for the ninth season as well. The show is narrated by Drew Patterson, Erik Falcon, and Bill St. James. The show also features several guests to be a part of the show, which varies from season to season. In the last season, Tristin Mays, Casey Jost, Yanni, Jay and Silent Bob, Jeff Daniels, Rob Emmer, Dave Jacobs, and Steel Panther made guest appearances. We are yet to learn who will serve as the guests in the upcoming season.

The show is a hidden camera TV reality series, which involves a set of competitive dare games, performed by four jokers, in which each of the jokers is remarked with a thumbs up or a thumbs down based on their performance. The person who fails to complete the dare is bound to perform a particular inferior practical dare as a punishment. The best part of the show is that it happens on-spot, without any prior scripting. Therefore, the members are not aware of the dares before they land to perform them on random people.

The jokers explain to the people present there about the challenge they are going to face, which will be recorded on the hidden cameras, and the outcome if they fail to perform it. Usually, a challenge is performed in a public location like a park or some stores around NYC. The punishment at the end of each episode is more humiliating, disgusting, scary, and painful than the original challenge. Moreover, the members cannot refuse to perform the punishment; else, the jokers will have to leave the show. What makes the show different from the others is the friendship prevailing among the four comedians and creating a chilled environment for the audience to laugh and enjoy.