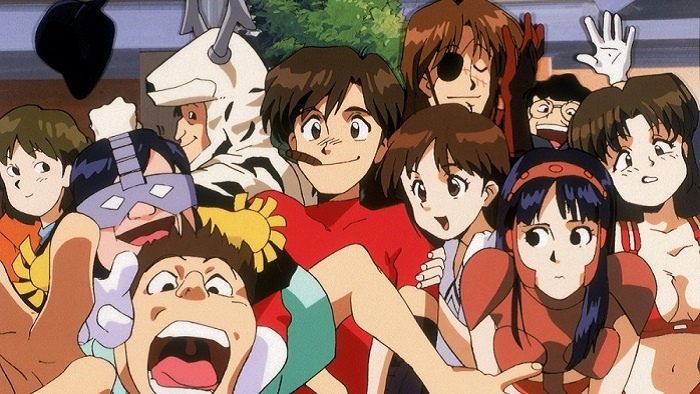 It seems that many people are watching a lot of anime works as they continue to live in the nest. New works are appearing one after another, but it seems that there are many people who are only watching “masterpieces of the past” when they notice. Some of them are younger generations who haven’t seen the work in real-time. Where do you find it attractive?

“I’m addicted to anime from the late 1980s to the 90s. Of course, because of the evolution of technology, the sound and character design of the current anime may be better. But the tempo of the old anime is now. It feels slower than that, and it’s calming. ”

That’s what Mr. A, a male office worker in his 20s who works for an IT company, says. The trigger was that I happened to see the popular anime rankings of the 90’s online. I just felt the limits of my life in a nest, and when I tried it, I was told that I was addicted to it.

” I’m watching ” Ranma 1/2 “,” Magic Knight Rayearth “,” City Hunter “,” Rurouni Kenshin “, etc. The story of old anime is simple, but the theme is often deep. The sense of speed is now. It’s not as “busy” as it is, and the impression that the coloring is easy on the eyes and easy to see is calming. “(Mr. A)

Mr. A says that when he usually watches video works such as anime and movies, he often follows the story roughly while making full use of the double-speed playback and skip functions. When it was a hassle, I often just watched promotional videos and reviews. However, I noticed that I kept watching the classic anime of yesteryear without skipping it.

“Until now, I skipped the opening and ending every time, but now I can’t skip it. The video is good and the song is good, and I’m looking forward to it. The beauty of the second season opening of” Magic Knight Rayearth ” I was surprised. Animation in the ’90s is solid as a development, but that’s why the excitement of the royal road is comfortable. There are also times when you can see the solid development with confidence. “(Mr. A)

Seeing “Slayers” and “Initial D” for the first time …
Mr. B, a male office worker in his twenties who works for a maker, was addicted to the work taught by his seniors in his forties when he was beginning to get tired of the anime works that were all reincarnated in different worlds these days.

“I was taught a work called slayers. I knew only the name, but I hadn’t seen it yet, so I decided to take this opportunity to see it. It was completely different. It looked like a royal road fantasy, and I felt that it was a little off. Now, I sing the chanting of the hero’s magical god sword (Laguna Blade) while working from home (laughs). Recently I’m busy watching past masterpieces, and thanks to that, I have plenty of time at home. ”

Recently, works from the ’90s have begun to attract attention again, such as the live-action version of “Yu Yu Hakusho” and the movie adaptation of “SLAM DUNK”. It may be that more and more people are thoroughly enjoying the works that are loved over time because they spend a lot of time at home because of corona sickness.