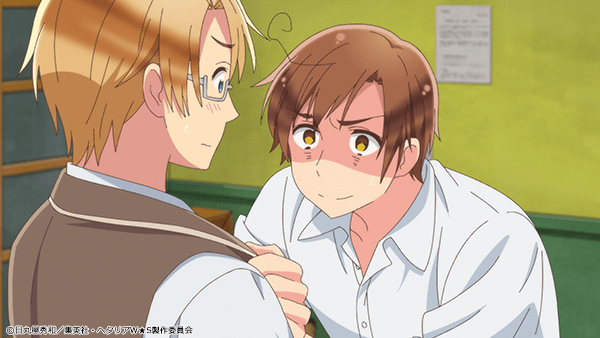 An anime “Hetalia World Stars” based on a popular manga that has been serialized in Jump + and has sold over 500,000 copies in 4 volumes.

This time, the synopsis and scene cut of the 6th episode “Industrial Revolution 2” delivered from May 6, 2021 (Thursday) has arrived!

Synopsis
Unable to keep up with the wave of the Italian Industrial Revolution, Romano travels to the United States.

Britain, on the other hand, sought improvements in industrial products and listened around.

Delivery information
Delivery will start from 0:00 AM on Thursday, April 1, 2021!

Even though he is the weirdest, he is loosely accepted and used by his boss.

This is the story of such strange people.
Staff