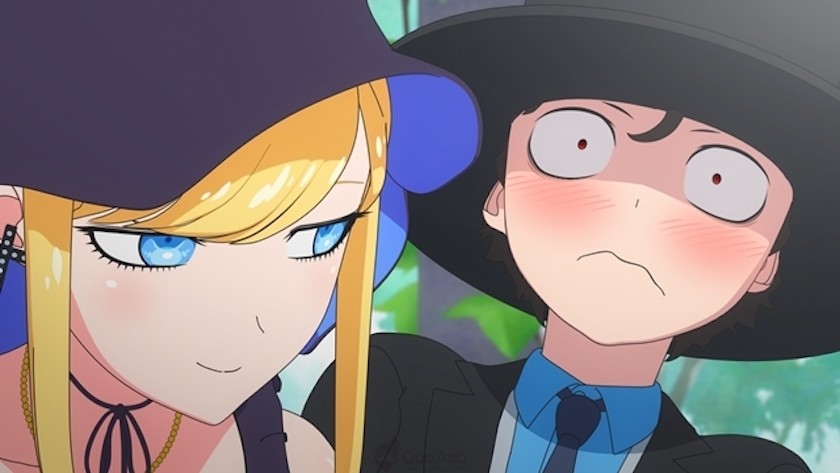 The popular manga “The Duke of Death and Death” by Inoue-sensei, which is serialized on the comic distribution site “Sunday Webry”. It is announced that it will start broadcasting on TOKYO MX, Yomiuri TV, and BS11 from Sunday, July 4, 2021!

At the same time, this PV & key visual, additional cast staff information has been released!

Five newly announced additional characters and casts will be played by Hochu Otsuka as Rob, Inori Minase as Viola, Wakana Kuramochi as Cuff, Hiroshi Kamiya as Zain, and Yuma Uchida as Walter. In charge. In addition, 5 people have also arrived with enthusiasm for the work!

In addition, both A-side singles containing OP & ED will be released on July 28th (Wednesday)! In this PV released today, the sound source for both OP & ED has been lifted for the first time, so please check it out!

Rob CV. Yoshitada Otsuka
A butler who serves the boy, and can be said to be a substitute for the parents who have taken care of the boy who was expelled from the main residence. Having only 50 years of experience as a butler, he does his job perfectly, but he is unaware of his old age and can cause unexpected troubles.

Viola CV. Inori Minase
Boy’s sister. A girl around the age who is full of interest in sweets and love. He has a wild personality and regularly visits the villa of his mother, who is forbidden by his mother. I feel free to interact with anyone, but in front of my favorite Rob, I get nervous and can’t speak well.

I love it, but I can’t touch it.
It is a work with a sad and ephemeral love pattern.
While being at the mercy of Alice, I’m always thrilled to have a conversation that confirms each other’s feelings.
The viola I play is a terrifying younger sister character who comes into the relationship between these two people with Dawn.
Please look forward to Viola’s facial art!

Cuff CV. Wakana Kuramochi
Witch girl. He is hated by both humans and witches because of his half-human and witch origin, but he has lived a strong life. Knowing that he is not smart, he leaves his childhood friend Zain to make decisions. You can manipulate the flames and transform them into bats.

Comment from Wakana Kuramochi
I’m Wakana Kuramochi, who will play the cuff this time.
When I read the original, I felt that the work “The Duke of Death and Death” is a wonderful work packed with various things such as someone’s feelings for someone, the desire to protect loved ones, family, friends, and friends. It was.
I will do my best to fully convey the charm of Cuff, who is straight, adorable, and sometimes cool. Thank you for your cooperation!

Zain CV. Hiroshi Kamiya
Wizard. It has a bird-like head and can transform into a white crow. He is a childhood friend of Cuff and cherishes Cuff, but at the same time he likes women. The girls I meet immediately persuade me, and I often get tied up with cuffs.

Comment from Hiroshi Kamiya
I was allowed to leave the voice of Zain, and I read the original at once!
The purity of the boy and Alice seemed to wash my heart!
The compatibility between Mr. Inoue’s original work and the picture produced by Director Yamakawa is the best, and the dark but pure and beautiful world of the original is clearly and vaguely reproduced with digital technology!
Please look forward to the anime version of “The Duke of Death and Death”!

Walter CV. Yuma Uchida
Boy’s younger brother. It’s gentlemanly and beautiful, but when it comes to the story of his eldest son, the boy, he’s crazy and burning his rivalry. He is afraid of his second son’s complex, and he is so dented just by looking at the number 2.

I’m Yuma Uchida, who will play the role of Walter. This story of a sentimental boy and a funny maid. Isn’t it the charm that attracts the sadness at the bottom of the behavior that makes you laugh?
I’m really looking forward to seeing how this story lives with animation. Please take a look at “The Duke of Death and the Black Maid”!