Shy Komi comes to the screen. 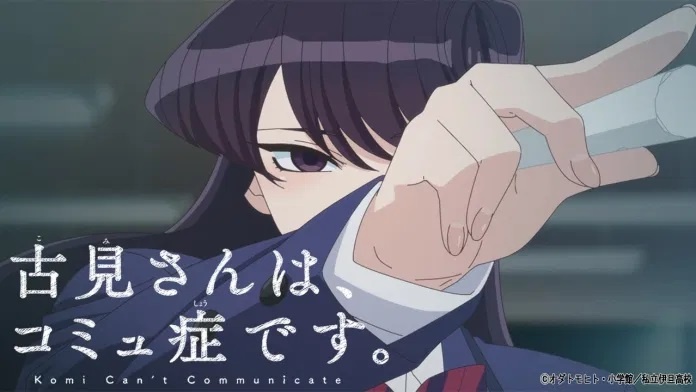 The adventures of the introverted Komi will come to the small screen with its anime adaptation that has just revealed a first trailer and release date for this year.

Through a promotional video, it was revealed that the Komi Can’t Communicate anime will premiere in October this year, in addition to a look at the animation of the series was shared.

Additionally, details of the production and a new poster were revealed. Here is the trailer:

Ayumu Watanabe ( Mysterious Girlfriend X ) is the series’ chief director, while Kazuki Kawagoe will direct it. Atsuko Nakajima ( Ranma ½ ) is in charge of character design and anime adaptation, while Deko Akao will be in charge of writing the scripts. The project will be hosted by the animation studio OLM, famous for having brought the Pokémon anime to life for more than two decades.

The main cast will include Aoi Koga (Kaguya in Kaguya-sama: Love is War ) as Komi Shouko, Gakuto Kajiwara (Asta in Black Clover ) as Hitohito Tadano and Rie Murakawa (Ram in RE: Zero ) as Najimi Osana. the best friend of the protagonist.

Komi Can’t Communicate is a manga series written by Tomohito Oda that has been published in Weekly Shonen Magazine since May 2016. To date, 20 volumes have been compiled, with 21 scheduled to launch within Japan on May 21. May.

With information from Crunchyroll.