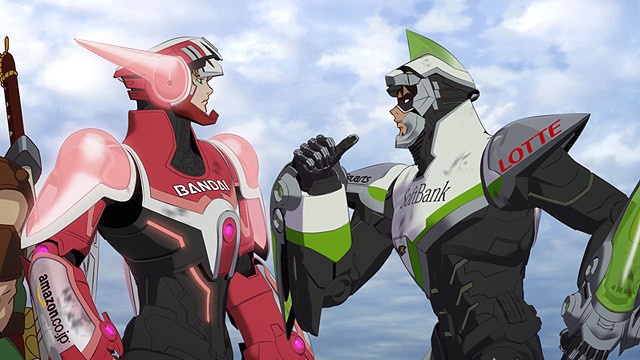 Hope that the start of the sequel will live! I can’t wait until the broadcast

When my favorite anime is over, I feel a sense of loss. Some people will be sad, “What should I look forward to in the future …”. But when the sequel is decided, that sadness turns into hope. Especially in 2022, several sequels to popular anime are planned. In this article, we will introduce three works of “Anime with Hope to Live” that the sequel has been decided. Even on SNS, it has a good reputation as “I can live until next year!”

“TIGER & BUNNY 2” (scheduled to be broadcast in 2022) “TIGER & BUNNY” is an original animation produced by the animation production company “Sunrise”. This work, which was broadcast in 2011, is the NHK BS premium viewer voting program “Nippon Anime 100”, which monopolizes the 1st and 2nd place of the anime best 100 in the TV version and theatrical version. It is a popular work that has won numerous other awards. The second movie version “TIGER & BUNNY -The Rising-“, which depicts the aftermath of the first period, was released in 2014, and eight years later, in 2022, the second movie “TIGER & BUNNY 2” was broadcast. Is scheduled. [Synopsis of the 1st term] Sternbild, a city where various races and ethnic groups live together. There also lived a special ability person called “NEXT”. In “NEXT”, there are “heroes” who utilize their abilities to protect the peace of the city. The heroes belong to the company and work for sponsors, so to speak, office workers. He earned points for solving cases and saving lives and was working for people and sponsors. One day, a popular veteran hero, Wild Tiger (CV: Hiroaki Hirata ), learns that his company will be merged. Wild Tiger reluctantly moved, but suddenly he was told to form a combination with the cheeky rookie hero, Barnaby Brooks Jr. (CV: Masakazu Morita ). The second period, scheduled to be broadcast in 2022, depicts the world after the second movie version, “Tiger & Bunny -The Rising-“. Series composition addition to Masafumi Nishida and Masakazu Katsura of hero design, the voice actors of eight main heroes will continue to cast from the previous work. The director is Mitsuko Kase, who worked on “Saikano”. New visuals for each hero have also been released on the official website. Wild tigers who are usually hot when it’s time to go, and Burnaby who trusts such wild tigers. What kind of activity will this name combination show in the second term? In the previous work, the heroes were sponsored by a real company. We are also paying attention to what happens to the sponsorship system in response to this corona disaster. The first period of this work can be seen at “d Anime Store”, “Netflix”, “U-NEXT”, etc.

“Made in Abyss Retsuhi no Koganekyo” (scheduled to be broadcast in 2022) “Made in Abyss” is an anime based on the manga of the same name (written by Akihito Tsukushi / Takeshobo) and was broadcast in 2017. The topic and high praise gathered for the depressive development that could not be imagined from the cute drawing. After that, three theatrical versions were produced, and the second term “Made in Abyss Retsuhi no Koganekyo” is scheduled to be broadcast in 2022. [Synopsis of the 1st period] Abyss, a large hole in the unexplored region where precious relics sleep. Adventurers who were aware of the danger and challenged Abyss were called “explorers”. Riko (CV: Miyu Tomita), who lives in the village of Oath on the edge of Abyss, strives to be a great explorer like her mother and devotes herself to exploration every day. One day, Rico picks up a robot leg (CV: Mariya Ise) in the shape of a boy and leaves for Abyss with the leg. The deeper you go, the more difficult it is for Abyss to return to the ground due to the “rising load”. Feeling the horror, the two dive deeper. Can Rico reach the “bottom of Abyss” where her mother seems to be? The second period, scheduled to be broadcast in 2022, depicts the world after the third movie version, “Made in Abyss: The Dawn of the Deep Soul.” Details of the second period have not been announced yet, but from the teaser visuals and the development so far, it is thought that the stage will be the 6th layer of the deep world called “City of Never Returning”. Abyss has an ascending load that increases as it progresses to the lower layers, but the ascending load when returning from the 6th layer of the deep world “leads to loss of humanity or death.” It is expected that the adventure will be even more severe than in the first phase. Also, in 2022, the CERO: Z (target age 18 years and over) game “Made in Abyss: Binary Stars Aiming for Darkness” will be released. Viewers who knew the original story and the depressing development of the first period expressed their expectations that “this production team is serious” and “difficult to measure” for the “CERO: Z” designation. Similarly, the third movie version “Made in Abyss”, was designated as R15 + If you haven’t seen “The Dawn of the Deep Soul”, be sure to check it out before the second broadcast. The first phase of this work can be seen on “d Anime Store”, “Amazon Prime Video”, “Netflix”, etc.

“BLEACH Millennium Blood Battle” (time undecided) “BLEACH” is an anime based on the manga of the same name (written by Kubo Tite / Shueisha) and was broadcast from 2004 to 2012. To commemorate the 20th anniversary of the original in 2021, “BLEACH” 20th-anniversary project “face again” has started. Along with the start of serialization of Kubo-sensei’s new manga “BURN THE WITCH” and the holding of the “BLEACH” original picture exhibition, the animation of the final chapter of “BLEACH” “Thousand-Year Blood Battle” was announced. [Synopsis of the 1st term] Ichigo Kurosaki, a 15-year-old first-year high school student (Kurosaki, Ichigo / CV: Masakazu Morita)) Has the ability to see ghosts. Perhaps because of that, Ichigo, who gets into trouble with psychic phenomena every day, is attacked by a monster that rampages around the city one day. It was Rukia Kuchiki (Kuchiki Rukia / CV: Fumiko Orikasa), a girl in black, who saved Ichigo’s pinch. Rukia, who calls himself “Grim Reaper,” tells Ichigo that “all the aims (of monsters) are you.” Ichigo, whose family was attacked by a monster, jumped out with a round waist saying, “Compete with me with Sashi!” The broadcast of “BLEACH Millennium Blood Battle” was announced in 2020, about eight years after the end of the anime series. The original has already been completed, and in this animation, the final chapter “Thousand Year Blood War” will be drawn. The broadcast time is undecided, but on SNS, it is said that “I can’t wait for it” and “Honestly, (the original) is the most interesting version of the Millennium Blood Battle”. At the time of broadcasting, the serialization of the original was not completed, and this work was fully animated. Attention is focused on Ichigo’s past and how popular characters’ special moves and swastikas are depicted. You can see the first series of this work, “Bleach-Season 1”, at “d Anime Store”, “Netflix”, “U-NEXT”, etc. The sequel to the popular anime is decided to be “hope to live”. It’s nice news that you can enjoy your life by one. It’s fun while waiting for the broadcast to start with excitement. If you have work that interests you, please review the previous work and prepare for the start of broadcasting. * The distribution status is as of the time the article was published.