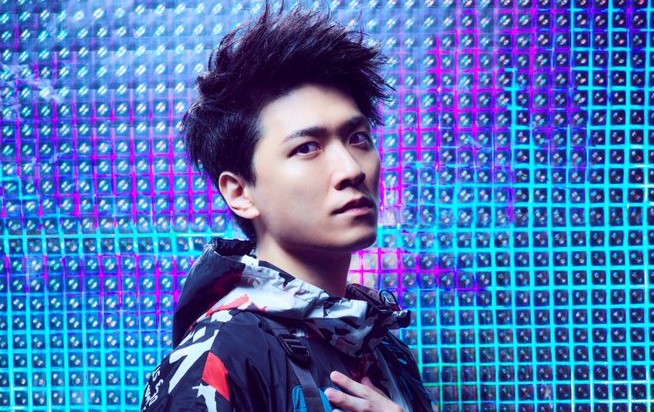 In June 2021, the anime in April is about to reach its climax. In recent years, there have been many activities of male voice actors such as theme songs and character songs that are not limited to anime, and they are active in a wide range of fields. In response to such excitement, many male voice actors have started music activities, and the scene has changed to a scene that can be said to be a group of male voice actors.

This time, from such a male voice actor artist scene, Hatanaka Tasuku, Eguchi Takuya, Kimura SubaruI would like to put the spotlight on these three people. Hatanaka Tasuku’s seventh single title song “TWISTED HEARTS” is the OP theme song for the second cool of the anime “Moriarty the Patriot” (TOKYO MX and others). He is in charge of the OP “DYING WISH” of the first cool of the same work. “DYING WISH” is a mix of musical orchestral sounds, hi-hats, and snare rolls that imitate trap music, and is a song that evokes a cinematic mood. This time, “TWISTED HEARTS” is an electro-pop song with less habit, and it is finished as one song that has been added to the previous songs by Tasuku Hatanaka. The dance music-like sound he has been aiming for is fully demonstrated in “Moment For Life” recorded in the coupling. Deep reverb is applied to the rhythm track, the bass sound due to strong distortion fluctuates greatly, and a number of effects such as doubling are used for Hatanaka’s voice, resulting in pops based on EDM. Takuya Eguchi, who has a close relationship with Hatanaka, also released his debut mini-album “EGUISM”. As reflected in the album title, this work reflects Eguchi’s own principle. Unlike Hatanaka’s songs, it starts with “Hello Goodbye” where keyboard instruments and guitar riffs get excited at an uptempo, and “Life goes on” with a post-hardcore to punk-like sound. This work has strong band-oriented content. Composed by Arte Yuki Honda of Refact was in charge, and Eguchi himself participated in four songs along with Honda in the lyrics. For example, regarding the song “Nice Night”, Eguchi says, “I didn’t participate in the songwriting, I left it to Mr. Yuki Honda. I just modified some words that I don’t usually use. “(* 1), and regarding the theme of the album,” It became like this when I collected songs with a favorite atmosphere “(* 2), but the first solo album has a solid taste and feel. It is work that you can feel.

The collaboration song by Subaru Kimura and Taiiku Okazaki is “Oha Suta Theme Song”
On May 26, Okazaki physical education × Subaru Kimura “OT WORKS II” is the release of Okazaki physical education the song “Morning Glory” has been recorded. Kimura and Okazaki have been co-starring in “Oha Suta” (TV Tokyo network) since October 2020, but the song was produced as “Oha Suta theme song” through a project in “Oha Suta”. Was done. “Oha Suta”, which will be mainly viewed by kindergarten children and elementary school students, is a song that is perfect for Kimura and Okazaki, who always have a bright and energetic atmosphere and image, and above all, smiles. “Morning Glory” is born from the atmosphere of these two people. Okazaki sound, which has a hard and trancey techno sound called “Basin Techno”, is combined with Kimura’s rap skill, which raps a firm rhyme, resulting in a gorgeous and powerful song. Especially, the part where the vowels of “auaiu” and “Wacky mood”, “Rap time”, “Surprise”, “Freedom tomorrow”, “I need Guts”, and “Nice self” after entering No. 2 I think that the flow leading to the traditional greeting “Oha !!” is a glimpse of Kimura’s lyric sense.