DC League of Super-Pets: Everything We Know So Far 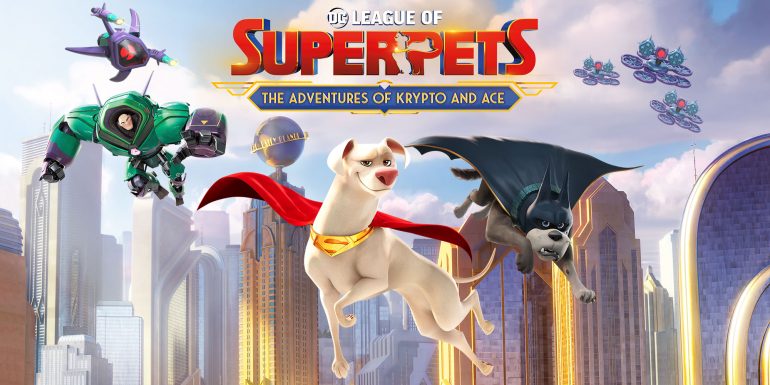 Who is not in love with DC and Marvel? Although the DC theme is darker compared to Marvel, DC has more experience making super successful movies. There is a DC movie on a corner, and everyone is excited about it. The movie is DC League of Super Pets. However, it is not creating as much hype as other DC films make, but speculations are that this movie will create a space in the audience’s heart. This article will tell you everything about the DC League of Super Pets.

“DC League of Super-Pets” is a super new 3-D animated movie. The plot of this movie revolves around the adventures of all the animals, which Krypto, the Superdog, leads. Other leaders include Ace, who is a Bat-Hound. Of all these animals, only Krypto is famous as he has been featured in comic books. Krypto has a short television series too. Warner Brothers are very excited about this movie.

Here’s everything about DC League of Super Pets

In late 2021, Warner Brothers released this upcoming movie’s trailer and started promoting it. The trailer features Krypto with his team of animals trying their best to save the Justice League. In the trailer, there are some scenes where we can learn about the cast members and their characters.

Not like every other movie, DC League of Super Pets has a total of 3 trailers. In the second trailer, we can see the bond between Batman and Ace. The bond between them is so wholesome—another trailer was released in May.

DC League of Super Pets is set to release on July 29, 2022. Although the movie was first announced in the year 2019 and the release date was set for May 2021. But, unfortunately, COVID happened. This postponed the shooting. The trailer has been launched, and it is coming this summer. All the children will enjoy this movie during their vacations. It will hit your cinema theatres on July 29, and then it will stream on HBO Max.

The cast of DC League of Super Pets

The cast of this movie is the best thing about it. Dwayne Johnson will play the role of Krypto, the best friend of Superman. John Krasinski gives Superman’s voice. Kevin Hart will play Ace, and Keanu Reeves will voice Batman. Other characters include Kate McKinnon, Jameela Jamil, Natasha Lyonne, and many more.

Although the movie is for a younger audience, the catch is adults are too waiting for this movie. Marvel and DC are for everyone. Whether it is animated or not, kids and their parents would definitely enjoy it. The movie is going to release on July 29, 2022. Watch it with your friends and family.

Here was everything about the DC League of Super Pets.

Meanwhile, stay tuned to the Gizmo series with more updates.