Animal Kingdom Cast: Who Are They? 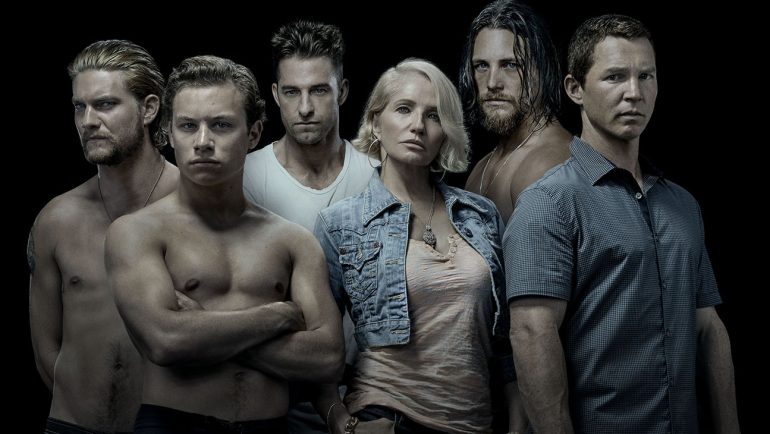 The Animal Kingdom is a famous American-based crime drama Tv Series with twists and turns. This crime series got amazing reviews in a very short period of time. It is based on an Australian film, the Animal Kingdom, which was released in 2010. This crime drama movie was written and Directed by David Michod. Jonathan Lisco is the creator of this crime and family drama series.  The original Network of the series is TNT, but seasons 1 and 2 of the animal kingdom are available on Amazon Prime Video. The season third and fourth of Animal Kingdom will be soon added to Amazon Prime. Let’s discuss the Animal Kingdom cast and much more.

At the start of the fifth season, series star Shawn Hatosy who acts as the oldest Cody son Andrew”Pope” Cody, disclose via Twitter that the writers of Animal Kingdom will end the series on an excellent note the fans will be satisfied by the end of the series. It means that all the questions that were not answered in the previous seasons will get answered in this season.

At the end of Season 5, the police found the body of Catherine Blackwell(Daniella Alonso), who is the wife of late Barry “Baz” Blackwell, who is J’s biological father and smurf’s adopted son.

Catherine got killed in the first season when Pope tried to suffocate her for stealing Smurf’s money. After an awkward attempt of seduction on Catherine’s part. Catherine’s body is found planted in the new house development that is connected to the Codys. This is the news that will make the main plot point for the next coming season.

On the other hand, Deran and J both finally work on a plan to lead the Cody gang after Smurf is dead. Renn is finally leaving Craig because of his drug addiction. So the final chapter of the series is going to be a wild chapter, and it will be amazing to see who will get charge of the criminal empire of Cody.

With many loopholes to be filled, season 6 will spot all the lead characters returning to the series for one last time. It’s possible to see Leila George return to the series as Younger Smurf. The characters that will definitely return are Craig Cody (Ben Robson), Deran Cody (Jake Weary), and “Pope” Cody (Shawn Hatosy).

Finn Cole as J, who will proceed in the Final season as a lead. Fans might also get to see the return of Jon Beavers (young Jake Dunmore) and Rigo Sanchez (young Manny)  as a flashback to give an interesting end to the series.

Most people might question why Leila George is playing Smurf. The fans of the series know that the elder Smurf, that was played by Ellen Barkin, is shown dead at the climax of season 4. So she will not be shown in the series anymore. So, Leila Geoge is been cast in Season 5 as the younger Smurf.

Also Read: Lizzo Net Worth And Much More