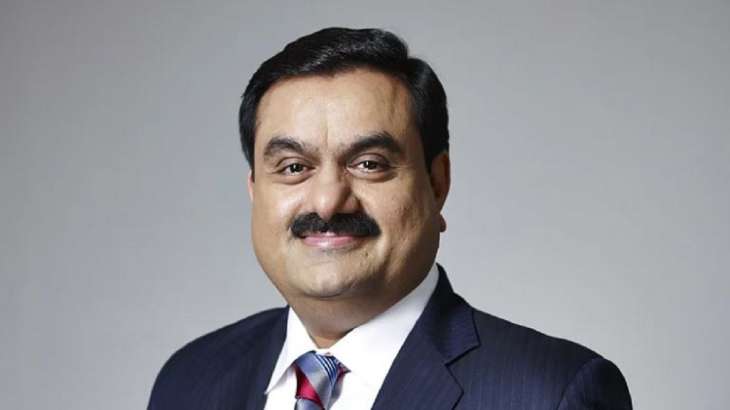 Gautam Adani is known as the chairman of Adani Group, also an Indian entrepreneur and self-made billionaire. The Adani Group is a world-class integrated infrastructure company that specializes in coal trading, coal mining, oil and gas exploration, ports, multimodal transportation, power generation, transmission, and gas distribution. He has more than 33 years of business experience and has developed a massive empire on his own and is continuing to expand. In this article, we will discuss Gautam Adani’s Net Worth and much more.

He is known as a first-generation entrepreneur who comes from a humble background, In a short time, he led the Inti Group, an $8 billion professional business empire. Gautam Adani is also considered one of the world’s 100 well-known businesspeople constructing trade transportation and transportation infrastructure.

Also Read: Adele Net Worth And Much More

To know Gautam Adani’s Net Worth, let’s discuss his background. He was born on June 24, 1962, in Ratanpol, Ahmedabad. Gautam Adani moved to Mumbai at a very young age in 1978. He started working there as a Diamond Shorter for Mahendra Brothers for two to three years. After that, he opened his own Dimond Brokerage Firm in Zaveri Bazar. The elder brother of Gautam Adani purchased a plastic business in 1981 and wanted him to operate it (management work). The Adani family’s effort to create a global trade gateway through PVC (Poly Vinyl Chloride) imports.

In 1985, he started importing raw polymers for small-scale manufacturers. Gautam Adani established Adani Exports Limited in 1988, and the company is now known as Adani Enterprises Limited. The Adani Group gained extensively from economic liberalization initiatives in 1991. This industrial organization dealt with metal, textile, and agricultural products. The Gujarat government outsourced the management of Mudra Port in 1993, and Adani Group was given approval in 1995.

Gautam Adani established Adani Power Limited in 1996. This corporation operates a massive private thermal power plant in the country. In 2006, Gautam Adani began planting seedlings. They purchased Carmichael Cole in Queensland and Abbot Point Port in Australia between 2009 and 2012.

He started his career back in 1978 when he decided to move to Mumbai to work as a diamond sorter for Mahendra Brothers. Gautam Adani worked there for a good couple of years before she started his own diamond brokerage firm for himself at Zaveri Bazaar, Mumbai. A minor turn of events leads to a grand opening of infinite possibilities.

When in 1981, his brother asked him to manage the operation of his business in a plastic manufacturing unit in Ahmedabad. The same venture allegedly became Gautam’s pinnacle of success. He mastered Adani’s global gateway by trading PVC products all over the world.

1985 become another turning point for the start of the Adani Group’s multinational dominance. They began importing polymers for all small and medium-sized industries. Many Years later, in 1988, Adani began exporting its products under the name Adani Exports Limited, which is now known as Adani Enterprises.

Net Worth of Gautam Adani

The Net Worth of Gautam Adani is estimated to be around 137 billion. He is now the 3rd richest person in the world. His name is written in gold letters in the list of Indian rich; Just people used to mention the names of Tata and Birla at one point, now, Adani is also mentioned today.

His company is the country’s largest exporter, and he owns a Beechcraft aircraft purchased in 2005 and a Hawker jet purchased in 2008, all thanks to his 33 years of hard work and expertise—achievement on your own.