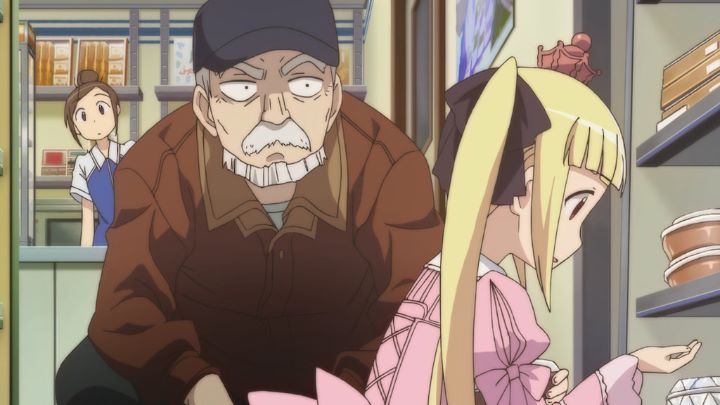 Dream Asia declared on Sunday that it has added the Alice & Zoroku TV anime. The main scene appeared on Sunday, and another scene will be accessible consistently until June 17.

Sana is definitely not a conventional young lady; she has a unique capacity known as “Alice’s Dream.” Due to her force, which permits her to make anything from her creative mind, all that she knows is the lab where she is a guinea pig. Wishing to encounter the rest of the world, she escapes and meets a difficult old flower vendor named Zouroku Kashimura in an odds and ends shop. All around soon, her followers make up for lost time and Zouroku is snagged into Sana’s inconveniences.

Be that as it may, a long way from attempting to remove himself, Zouroku stretches out a hand to help Sana. Following his qualities and feeling of equity, he even rakes the followers over the coals! Zouroku then, at that point offers Sana a spot to remain, starting the day by day life and battles of the far-fetched couple

The anime depends on Tetsuya Imai’s manga of a similar name, and it debuted in March 2017. Animax Asia circulated a simulcast of the anime.

A TV anime Adaptation of Tetsuya Imai’s Alice & Zoroku manga has been approved for one year from now.

The dream story starts with a gathering of little youngsters who hold a force named “Alice’s Dream,” which permits them to make their minds materialize. These young ladies have been secured and treated as examination subjects. Sana, one of these young ladies whose particular force incorporates the capacity to disregard the laws of material science and actually show anything she can envision, has gotten away. Thereafter, she meets an elderly person named Zouroku, who disdains disturbances in his regular daily existence.

Imai dispatched the manga in the December 2012 issue of Tokuma Shoten’s Monthly Comic Ryū magazine, and Tokuma Shoten will distribute the seventh ordered book volume of the manga on November 11. The manga won the New Face Award in the seventeenth Japan Media Arts Festival Awards in 2013.

The January 2017 issue of Monthly Comic Ryū magazine will have the anime declaration on its cover, also a shading opening page for the most recent manga part.